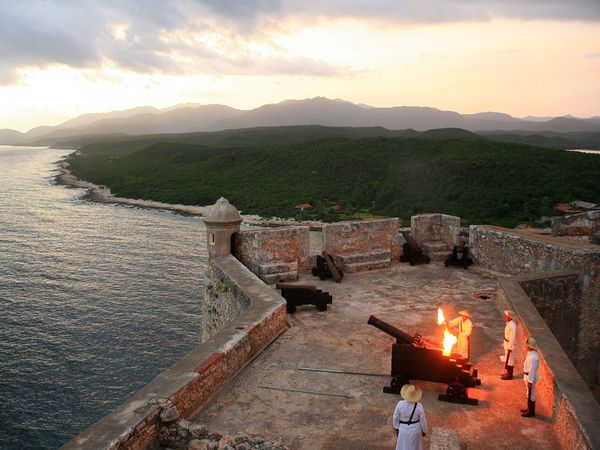 Cuban soldiers pay homage to one of the country’s oldest forts, Castillo de Morro. Cuba’s “second city,” Santiago de Cuba, has an African ambiance, but it also has strong links to a Spanish past. Castillo del Morro was built nearly 500 years ago to pirate-proof the entrance to the Bay of Santiago. The castle last saw action as a fortress when U.S. ships attacked the city in 1898.

–       Inside the Secret Smugglers’ Tunnels of the Gaza Strip (Environmental Graffiti)