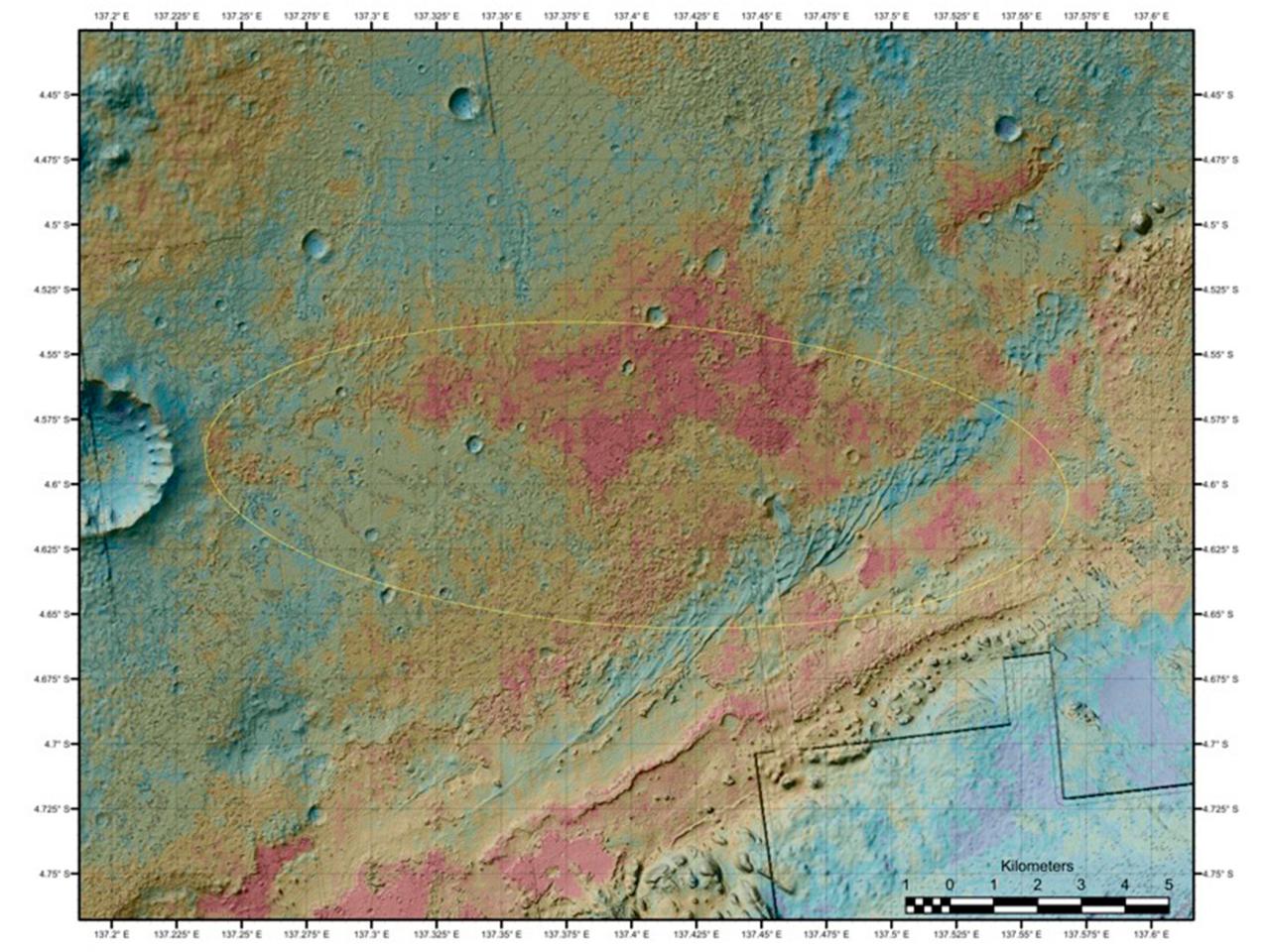 This image of a false-color map based on data from NASA’s Mars Odyssey orbiter, shows the area where NASA’s Curiosity rover landed on Sunday, Aug. 5, 2012. The image was obtained by Odyssey’s Thermal Emission Imaging System. It merges topographical data with thermal inertia data that record the ability of the surface to hold onto heat. The yellow oval shows the elliptical landing target for Curiosity’s landing site. An attractive interpretation for this texture is that water could have been present there some time in the past.

–       A Brilliant Use of Solar Power: Fighting Blackouts in India (Slate)

–       The Millennial Teenager: A Generation of Digital Natives (Big Think)

–       God and the Ivory Tower: What We Don’t Understand About Religion Just Might Kill Us (Foreign Policy)

–       Video: Why Europe is Worried About Greece (Khan Academy)